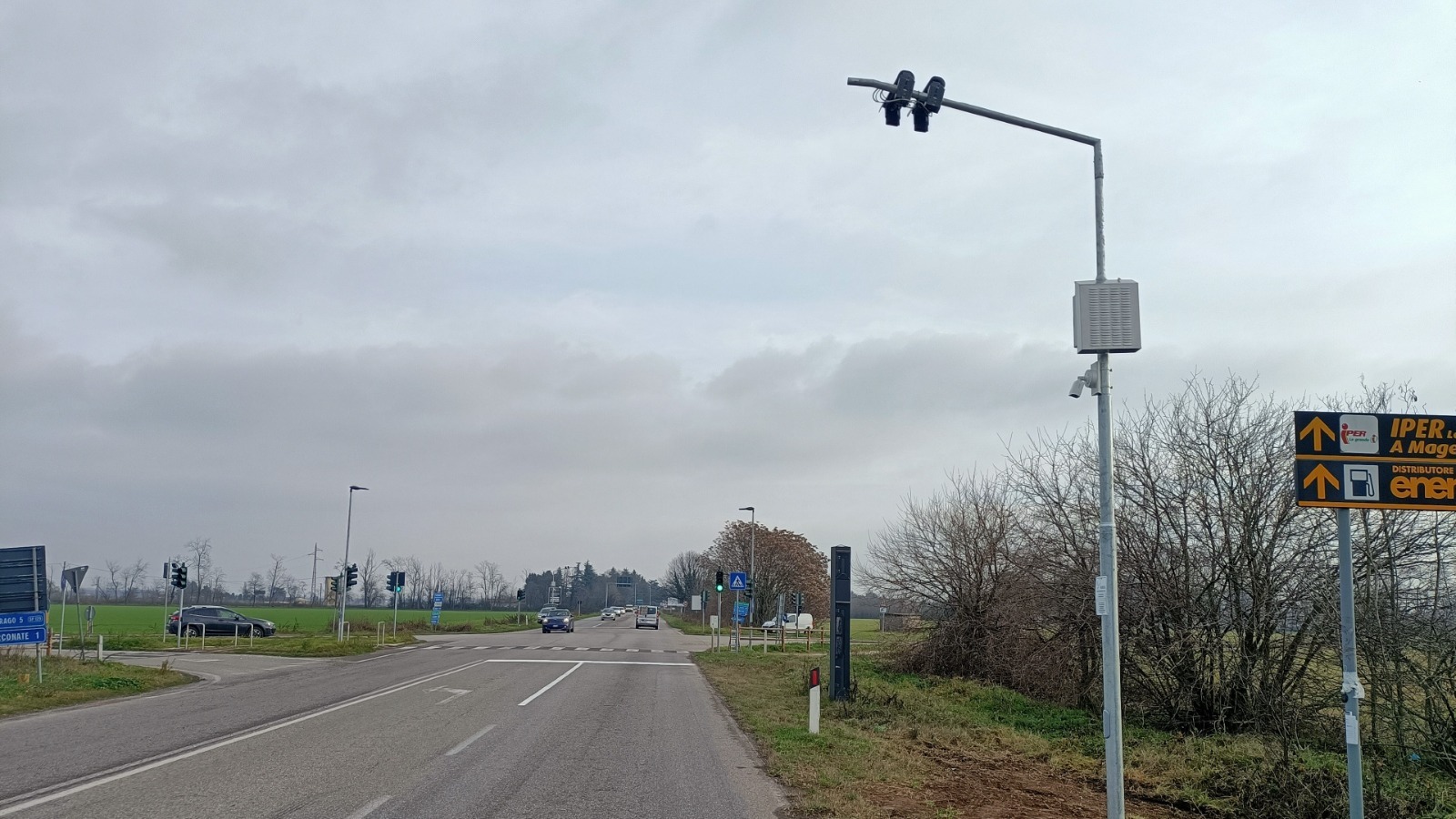 The number of devices installed within “Progetto Sicurezza Milano Metropolitana” increases: the first Smart City and Smart Road project in Europe to raise safety standards on the territory managed through the Cloud Titan platform which now integrates the possibility of notification of minutes digitally via IO app

As part of the “Milano Metropolitan Safety Project”, the multi-year plan of actions aimed at safeguarding road users and the environment, the installation of a new IoT device that will contribute to road safety was completed.

In the Municipality of Inveruno, starting from 13 January, a new device will be active for the detection of traffic light infringements on the S.P. 34 for Turbigo intersection with the S.P. 129 Inveruno-Villa Cortese and Via Varese. The aim of the system is to combat one of the most frequent violations in the road environment, the passage with the red light, a recurring cause of accidents. The system is in fact able to identify every violation, to acquire images from integrated cameras and to ascertain and document infringements through video in real time, respecting the privacy of citizens.

All the IoT devices provided within the “Milano Metropolitan Safety Project” dialogue with TITAN Cloud platform of Safety21 supplied to the Local Police: an innovative and remotely managed ecosystem that makes the control of the provincial territory more efficient, faster and more sustainable, and the fight against violations of the Highway Code more effective both for the Authority and for the citizen.

With a view to implementing and spreading more and more the culture of digitization, streamlining and accelerating communication processes for the benefit of citizens, the notice of infringement through the IO App has recently been introduced: a mode that allows those who incur an infringement – and are in possession of the IO App – an instrument now used by over 32 million citizens – to have immediate communication on their smartphone, paying the penalty directly through PagoPA with a decrease in the costs of assessment and notification and, if in time, also of the sanction in a reduced form, thus avoiding the issuance of the report. An innovation that sees the Metropolitan City of Milan among the first bodies to have adopted this solution that aims to encourage and facilitate the exchange of communication between Citizen and Public Administration, with substantial savings for both in time and costs.