Metropolitan city of Milan: new installations for the control of traffic light and pedestrian crossings and roads along the s.p. of the authority 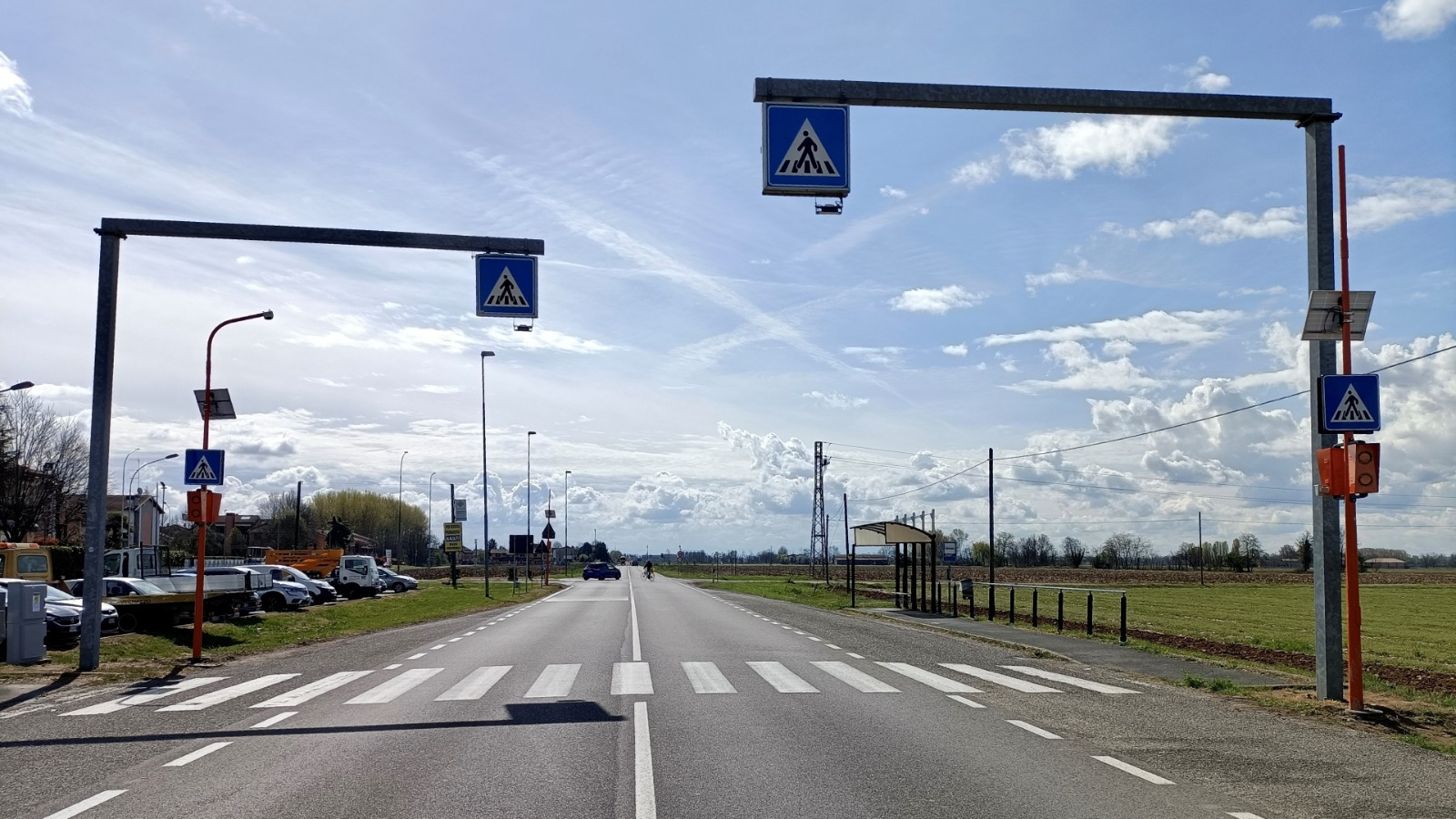 The road safety program of the Metropolitan City of Milan continues, aimed at raising road safety standards on the network of its relevance through the installation of the latest generation technology.

As part of the “Milano Metropolitana Safety Project“, ten new installations have been completed which, thanks to the introduction of smart devices, loT, connected to the Safety21 Titan Cloud platform, supplied to the Local Police, will allow to effectively monitor traffic light intersections, pedestrian crossings and the trend of vehicular traffic, ensuring greater road safety and an ever-increasing attention to the quality of the environment.

The first intervention just completed by the Metropolitan City of Milan will lead to the ignition on the S.P. 39 in the municipality of Truccazzano (branch of the Cerca – intersection with Via del Mulino) of an innovative system for detecting traffic light violations.

Equipped with intelligent technology and low environmental impact, the system active from 6/04/2022 is able to identify every step with the red light, to acquire images from the cameras and to ascertain and document through video the infringements in real time, respecting the privacy of citizens.

Aimed at pedestrian safety, a safety system for non-traffic light pedestrian crossings has come into operation in the municipality of Vermezzo. The device, already successfully used on the streets of the Metropolitan City, is located precisely on the S.P. 30 Binasco-Vermezzo between the intersections with Via Roma and Via Piave. The system is composed by four high-brightness LED flashing lights installed near the pedestrian crossings and by two more external pre-signals: these are activated only in the presence of the pedestrian, alerting vehicles in transit and thus solving the problem of poor day and night visibility, sometimes due to accidents.

The system is also equipped with a “fisheye” camera, whose 360 ° recordings stored in the cloud and accessible only to personnel of the Institution, detect everything that happens around the crossing, supporting the Police in controlling the territory. With ten new activations in force since April 6, “Progetto Sicurezza Milano Metropolitana” reaches 124 devices installed and aimed at combating environmental offenses, traffic offenses and pedestrian safety.

The activations of the devices along the road sections indicated are accompanied by a systematic widespread communication campaign provided by the “Milano Metropolitana Safety Project” aimed at informing citizens of the presence of the new equipment and raising awareness among road users towards an increasingly responsible and virtuous driving behavior.