Road safety project: average speed cameras will be switched on along provincial roads 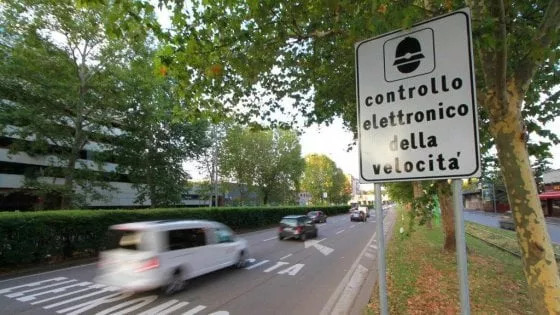 Too many accidents over the years, roadsides and rest areas looking like garbage dumps, pedestrians risking their lives each time they cross the road. In order the curb this trend, Città metropolitana has just launched a safety project.
This ten-year plan aims at making provincial roads safer thanks to average speed cameras, new radars and video-surveillance systems.

On Monday (October 19th, TN), the first average speed camera will be switched on, during the night to begin with, on the provincial road 412 in Val Tidone (Tidone valley, TN), near the city of Opera. Thanks to a state-of-the-art laser system, this camera monitors the compliance with the 70 km/h speed limit along a 1 km long stretch (direction Landriano), and along another stretch of the same length in the opposite direction (direction Milan), where road lighting has been improved lately.
It is the first device of its kind to be installed on provincial roads near Milan. By the end of October, another device will be added and will operate around the clock on the Padana Superiore road near Settimo Milanese. Here too, the monitored road stretch is 1 km long, both towards Bareggio and Milan.
The purpose of this device will be twofold: average speed camera or radar (in addition to the ten existing radars spread over 800 km of roads under Città metropolitana jurisdiction), depending on specific needs. A third one is likely to be added in the coming months, but the exact spot is still to be defined. This road stretch has been chosen because of many factors, such as: accident rate, number of infringements, traffic, dangerous road crossings and noise pollution around urban areas.

The project also foresees, in the coming days and weeks, the installation of sixty radar-based traffic monitoring systems to examine and plan any targeted measures. Fifty cameras will then monitor rest areas, where waste is often illegally dumped, and ten surveillance systems will be located next to a few dangerous pedestrian crossings.

The deputy mayor of Città metropolitana, Arianna Censi, argues that: “Road safety is not just a matter of checks and sanctions, although they are needed; it should be developed through preventive measures and the analysis of data thanks to the most advanced technologies.”