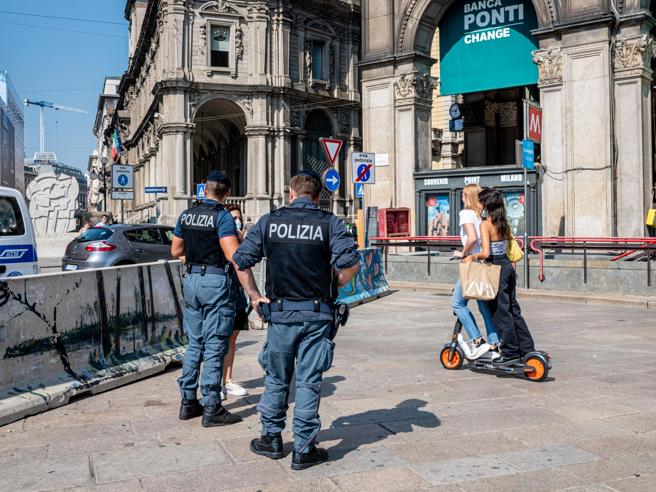 Two people riding together on a single e-scooter, others riding against traffic, on the sidewalk or hurtling down crowded streets. This happens in Milan, where 136 accidents happened in 108 days because of e-scooters. The mayor, Mr Sala, says: “We need a behaviour change”. Want to hack an e-scooter? Just watch a google tutorial and you will learn how to double its speed, from 25 to 50 km/h. Want to steal an e-scooter? Forget “Bicycle Thieves” (Italian: Ladri di biciclette), the Italian movie directed by Vittorio De Sica, where a child, Bruno, the typical neorealist character, was crying while taking the hand of his father, who was unemployed : somebody got caught in Bolzano while loading electric boards on a van and reselling them online straightaway. How to crash with an e-scooter: you are spoilt for choice. A national average of two accidents per day, night races of teenagers on state roads around Rome, a poor Pakistani guy on Lake Iseo that crashed into a bicycle with his e-scooter. We should rethink e-scooters, according to the mayor of Milan, Mr Beppe Sala, who states: «The behaviours I notice are really deplorable. Two people on the same e-scooter, riding against traffic and even on the sidewalk. Before increasing the number of e-scooters on the street, I want to see a significant improvement in their use…».

E-scooter diaries are already a bestseller about metropolitan guerrilla in Milan. Ever onward to.. roundabouts! Yesterday, the transport revolution injured two people, and somebody will eventually die. Many politicians shout: «We need to regulate their use!” (Mr. Borghetti from PD, Democratic Party, TN); «We are facing an uncontrolled situation! » (Mr Comazzi, Forza Italia –”Let’s Go Italy”, TN); «We should have thought of this before! » (Mr Grimoldi, Lega Nord – Northern League, TN)… The Mayor of Milan, Mr Sala, guarantees that he will suspend the permits of e-scooter sharing; however, he is also attacked for his green choices and for bike trails: «It’s a jungle out there, as if we were in one of the worst cities of the world» (Emilio Boccalini, leader of a taxi drivers’union). E-scooter riders are silent and dangerous, one foot before the other like the acrobat who gained fame for his high-wire walk between the twin towers in the 70s (Massimo Mantellini copyright), they are the new Urban Cowboys of traffic rodeo. A fine every 24 hours for ignoring stop signs and riding on the sidewalk, even a guy swerving down on the churchyard of Milan Cathedral. An unbearable sustainable mobility, especially in roads suitable for cars. The Traffic Code calls them «speed accelerators». Ideally, e-scooters are not even allowed to ride on the street (art.190, paragraph 8), nor on sidewalks (paragraph 9), and not even on bike trails (paragraph 1). «So, where are they allowed? », Francesco Guadalupi asks with a smile. Guadalupi is the director of “Alfie”, a steward company in Milan aimed at “educating” (indeed, educating) e-scooter riders: «For the moment, seven of our teachers are raising awareness among riders; they are all aged over 30, so that they will be respected more than teenagers. We have already stopped 400 people who were improperly using e-scooters. They cannot be fined; however, we can explain them what not to do ». Teachers of revolution… Are you getting insulted? “I assure you, far from it”.

Upside down e-scooters, not properly parked, banged up on paving stones, drowned in Navigli (canals in and around Milan, TN). Toninelli (M5S political party, TN) loves them, while Salvini (Northern League, TN) hates them. E-scooters are comparable to “Ciao” Piaggio mopeds in the 70s, mountain-bikes in the ’80s, Segway in the ’90s, and rollerblades, overboard and pedal assist in the last two decades. In London, the coronavirus pandemic fueled a boom in footbike sales (+230%). In Naples, the new sharing service sold 22,000 rides in a week. In Bergamo, more than 500 e-scooters are rented per night when public transport is out of service. E-scooters have been benefiting from important government incentives, although pedestrians and drivers are not favorable. E-scooter lovers ride without license, plate, helmet, belt, insurance, no age requirement is needed… They ride too fast and crash too easily: lately, there were 136 accidents in 108 days, only in Milan. E-scooters have therefore awakened the curiosity of the public prosecutor’s office, that wants to investigate the business of 6,000 e-scooters and of the seven companies from Italy, Germany and China trying to grab the sharing business. This situation is bothering twitter users such as actor Luca Bizzarri, who declares: «Every three meters you can see an e-scooter in the middle of the sidewalk; every three seconds, people whizzing around on e-scooters a meter away. Moreover, every three hours an e-scooter crashes. Is this nice? Is this the future? »

Giovanni Storti, member of the comedy trio “Aldo, Giovanni e Giacomo”, is not particularly bothered by e-scooters: «Last Wednesday, I was eating outdoors in the Bastioni area – he says – when an e-scooter whizzed down among the tables. Obviously, the guy got insulted. However, I do not believe e-scooter riders are the real problem, but rather uncivilized people who park on pedestrian crossings, ride a bike on sidewalks, or even those who hack e-scooters to speed them up». Giovanni loves cycling and is not really a fan of e-scooters. He says: «They are specially designed for younger people. However, it is funny that some people want to limit their use; it is like closing the school canteen because two families do not pay it or removing benches because homeless people lie on them. So stupid! If e-scooter riders infringe the Law, they should be fined. Milan is a flat city and the weather is not so cold: Let us ride on two wheels! ». Giovanni, speaking about De Corato, member of the Regional Council of Lombardy, who takes stock of all accidents, violations and road congestion caused by eco-friendly vehicles, says: «Has he ever noticed how many people are killed in car crashes?”